Our first invitation – Playing futkal with the futkaleros in Tondo

This was new to us! We received a message asking us to join Dennis and his kids for a football training session in the middle of Tondo. After our experience with Young Focus a couple of days earlier we were eager to go back to Tondo and get to know the locals. 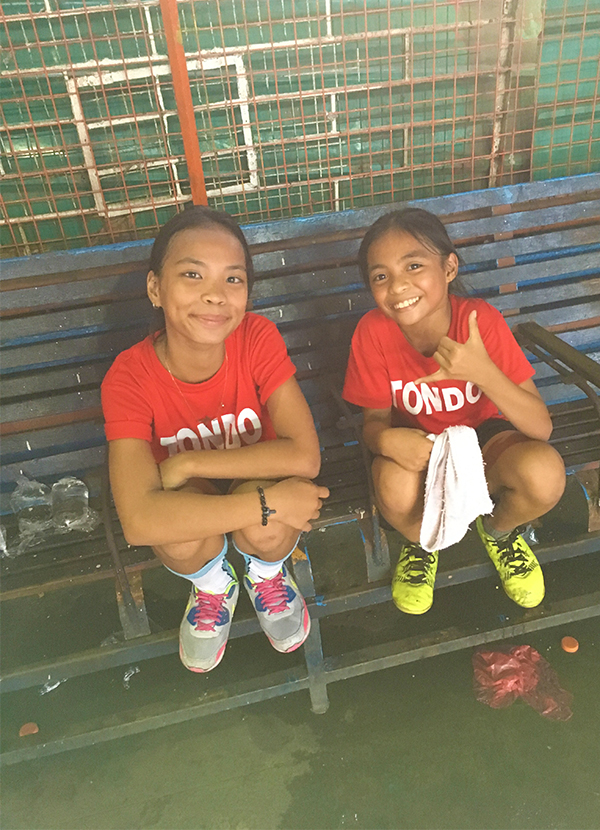 How cool! Dennis was the first person to approach us and suggested that we can come and visit his project “Futbol sa Kalye!”. Together with a couple of friends Dennis runs this initiative and gives the kids of his neighbourhood an opportunity to play football. 30 girls and boys gathered on the court most of them wearing a red “Tondo” jersey. Two metal goals placed at each end of the basketball court and the warming up began. Dennis, who is a professional football coach, led us and the kids through several exercises that got our sweat running in the evening heat of Manila. The age of the players range from 8-16 years and we were surprised by the number of girls that played. In Germany the majority of football players is male, here the group was mixed and the girls easily gave the boys a run for their money – way to go!

“This seems ironic, as many filipinos are just about half our size but this does not stop their enthusiasm.”

In the Philippines basketball is the dominating sport. Wherever you go, in the most populated areas or the countryside, the next basketball rim will not be far. This seems ironic, as many filipinos are just about half our size but this does not stop their enthusiasm. Football is new to the Philippines but catching up quickly. Seeing the passion that Dennis and his friends share it cannot be long until Football is the second big sport in the Philippines. After a short break and a short introduction into the art of drinking from a plastic bag (bite off a corner and try not to spill too much) we were soaked with sweat but ready for the second session with the ball. After passing, dribbling and the kids helping us to run to the right position, we were ready to play.

Dennis and the other coaches really impressed us with their passion and their commitment to the project. Dennis father once founded the organisation, most of the Futkaleros now running the project have benefited themselves in previous years. They understand what a difference this project can make to the lives of many kids growing up in and around the informal settlement. Without any payment they organize practice sessions and games with other teams. It was great for us to see the kids proud wearing their Tondo jerseys (and we were thrilled when Dennis gave one to each of us as a gift). Tondo is known for so many bad reasons that it is great to see that coaches and the kids go out and show other parts of town what Tondo really is about.

For the future Dennis has this one big dream: A football pitch in Tondo. Who thinks this doesn’t sound like a huge challenge forgets that Tondo is so densely populated that finding the space for a full size football pitch seems impossible. But Dennis passion and commitment to football and the area he grew up and lives in, makes us optimistic that he will find a way. “And one day Fc Bayern München will play in Tondo against Tondo” 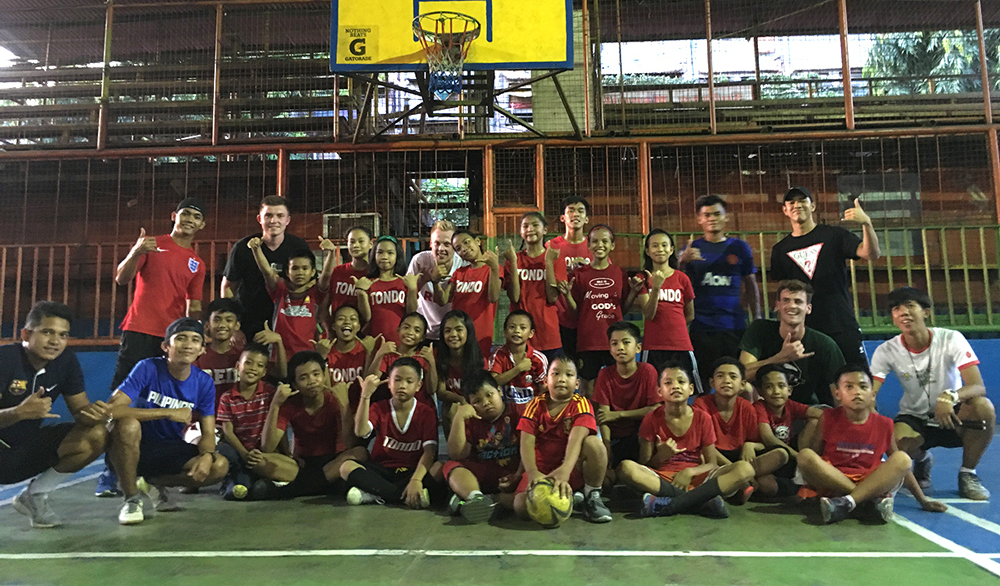 After the training the whole team came together for a group picture. It was great to meet this enthusiastic crew – we hope to be kickin’ it again one day!

You have questions? Send us a message using our Contact form or e-Mail 🙂